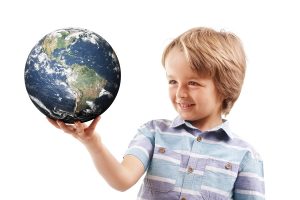 At the risk of revealing a dirty little blogging secret, the phrase I’ve used as the title of this article has been included in our guiding list of ‘key words’ for quite some time. So, I know there’s at least one of you out there who thinks this is an interesting topic. And I’ve passed over it again and again, but today it captured me. It finally dawned on me that I’ve spent my entire career designing, doing, and reporting on environmental communication and the public sphere!

Communication scholar Gerard A. Hauser defined the public sphere as “a discursive space in which individuals and groups associate to discuss matters of mutual interest and, where possible, to reach a common judgment about them”. The German philosopher and sociologist Jurgen Habermas (who was considered to be one step below the Almighty by one of my planning professors) carried this idea to its heights and depths in his seminal 1962 book The Structural Transformation of the Public Sphere, which has become the foundational hypothesis of the origins, nature, and evolution of public opinion in democratic societies. The study of the public sphere centers on the idea of participatory democracy, and how public opinion becomes political action. While it somehow seems like cheating to cite Wikipedia, I do so here because this is such a fantastic article, for those with deeper interest. I’m already thinking about “Twitter: a 21st Century Public Sphere”…

The key evolutionary point that Habermas makes is that over time, people in democratic societies have “come to see the public sphere as a regulatory institution against the authority of the state”. This is where we – environmental planners and public participation practitioners – come in. Our job is to find out what information people need to understand what’s going on around them, how they like to get this information, persuade those in control of the information to share it, design spaces and platforms for people to get together and discuss this information, help them speak with one voice if they want to, and let “the authority of the state” know what the public sphere is thinking and wanting. Everything environmental communication and the public sphere embodies.

It just so happens that we TPC partners have operated primarily in the field of environmental communication, so the bulk of the information we’ve always worked with relates to environmental issues. Consequently, our public sphere occurs mainly within the constructs of U.S. environmental laws, guidelines, institutions, and processes. And we’ve seen, in situations too numerous to count, how much people care about these issues, and how much they really want to moderate the authority of the state to make sure their needs, lifestyles, and places are respected.

Environmental communication and the public sphere is rarely humdrum, easy, or fun. We’re dealing with particularly emotional issues and highly controversial proposals that directly impact people’s lives, their communities, and maybe their health. We take it as an almost-sacred trust to make sure that these folks have a voice in decisions that affect them. That’s what the whole practice of public involvement is all about, and that’s why it’s so critical to design communication processes that are specific to each consultation. And why these processes need to be driven by the clear objectives of hearing what this particular public sphere wants to say, finding the best way to help them say it, and communicating what this particular decision maker needs to know.

Naturally, this is all a much bigger topic than can be covered in a few paragraphs. So, as a teaser, if you want to delve into ways of facilitating communication between the public sphere and the ‘state’, you can think about taking some of our training courses. Of course, trying something a little easier and almost as quick would be attempting to get your head (and mouth!) around the German word for Public Sphere: Öffentlichkeit! That might inspire you back to Professor Habermas and all that food for thought.