Most of our work involves highly-charged, controversial, and complex community concerns about proposals that affect people’s lives, make major social and infrastructure changes, and determine the long-term future of communities and organizations. The best way to understand is to read about some of the successes we’ve had with clients. Here are three examples from transportation, mining, and environmental protection engagements. 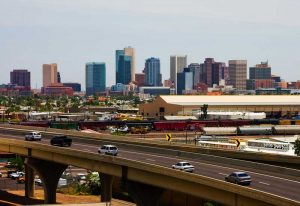 Arizona Department of Transportation (ADOT), the state government agency charged with facilitating mobility within the state, had proposed design modifications for a new Phoenix metropolitan freeway arterial connection that would have required an elevated structure. This proposal was met with an angry response from very vocal neighborhoods impacted by the project – which was supported by an equally angry Mesa, Arizona City Council. The project design and construction was halted until a resolution could be found. Positive citizen engagement was needed before the project could move forward.

TPC principals were engaged to analyze the history of the situation, past promises, current conditions, and the community’s response. This particular community was made of people who were exceptionally distrustful of government because of their faith-based and cultural history, as well as poor past experiences. With persistence and “shuttle diplomacy,” we were able to convince one or two people to talk with us, which grew to a small group and eventually became a dialogue with a community. In a facilitated process, TPC was able to find a technically feasible, economically viable, environmentally compatible, and publicly and politically acceptable solution. The Mesa City Council praised the solution. The community was not only actively engaged in the decision, but recommended the final solution that was ultimately adopted, designed, and constructed by ADOT.

By facilitating a lasting solution to an intractable problem, TPC was not only able to provide a short-term benefit, but has also supported ADOT on conflict prevention and resolution for a variety of contentious issues, as well as public engagement, information, facilitation and training for a wide range of polarizing agency projects for many years. 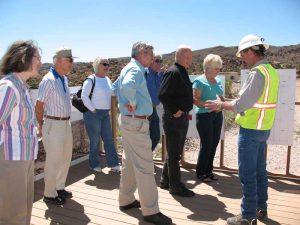 Resolution Copper Company (“Resolution”) faced bitter local politics and a divided community for a proposed project of great economic benefit and extensive environmental consequences. When Resolution proposed the largest hard rock mining initiative in North America near Superior, Arizona, the Town told Resolution that it would oppose them unless a substantial payment to the Town’s general fund was made – to use as they saw fit. Resolution agreed to support a variety of Town services and needs, but not a blind contribution. The two entities were at an impasse.

The Town’s official political support wasn’t necessary for regulatory approval of the project, but a ‘social license to operate’ through community and stakeholder support was an important consideration for Resolution’s parent owner, Rio Tinto.

TPC principals were brought in to facilitate a balance between the environmental and social issues. Our work included researching, assembling, and facilitating a broad-based community advisory group – The Superior Community Working Group (CWG) – that would explore all aspects of the mining proposal, act as a conduit of information, get input and distribute accurate, objective information, foster trust in the process and transparency between the company and community, and make consensus recommendations on major decisions. The CWG – which approved its own operating policies – has resulted in increased trust between the mining company and the community, finding common ground in many cases where stakeholder opinions were rigid. This process was instrumental in selecting a site for one of the project’s most critical components, a mine waste, or tailing’s disposal facility.

With TPC principals’ track record of past successes with similar situations, and our objectivity, neutrality, and credibility in the field, we were able to build a solution that serves the community beyond this project. The CWG has met since 2014 in support of stakeholder concerns and community interests. The group invites membership that changes with needs, creates its own agendas and work programs, and appoints issue-specific task forces. It represents a public forum for exploring community concerns, has made recommendations for project milestone decisions and created action plans and programs for many important community issues. 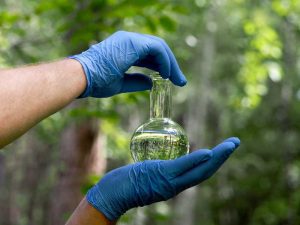 The U.S. Environmental Protection Agency (EPA) designated a Superfund site in Michigan due to contamination by Dow Chemical. There were community disagreements over the environmental threat, with the EPA dealing with angry citizens and struggling to focus on the issues and create citizen engagement.

TPC partner Doug Sarno assessed the situation and conducted stakeholder interviews and recommended forming a Superfund Community Advisory Group (CAG) to help overcome the community’s distrust and anger. We worked directly with them to guide them through an organizing process for the CAG, including a community-based evaluation committee with key stakeholders from the community. The result was a balanced group of stakeholders that have been working effectively for more than six years to provide advice to the EPA as it proceeds with cleanup. TPC principals have managed and facilitated the group since the beginning, working directly with a leadership committee and assisting them in all facets of their work. In 2013, the CAG began managing itself and hires Doug directly with grant money provided by Dow. The cleanup is well underway and the community supports the project through open communication. In fact, one site was recently awarded the EPA’s 2015 Citizen Excellence in Community Involvement Award.

For 25 years, we’ve facilitated dozens of community advisory groups at a wide variety of sites, helping to transform citizen engagement into focused and constructive advice and a collaborative relationship between community and government.

TPC provides services to the EPA in both the U.S. and abroad. Achievements include:

Would you like to be a success story? Schedule a meeting to leverage our experience in your organization.