John is happiest when: he’s helping clients work with and address the public’s perceptions and motivations to find solutions to the thorniest, most contentious issues. 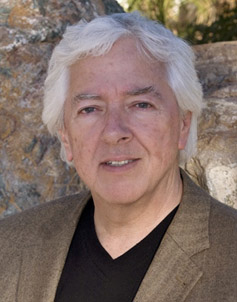 John Godec consults and trains business owners and government officials in difficult high-stakes communication, issues management, consensus building, conflict resolution, and public involvement with a focus on social and environmental issues and sustainable decisions. He is an International Association of Facilitators (IAF) Certified Professional Facilitator (CPF)© and a roster member of the U.S. Institute for Environmental Conflict Resolution. John is a past Board Director, Vice-President, a course developer of the new Emotion, Outrage and Public Participation course and an original Master Trainer for the 40 hour Certificate in Public Participation course for the International Association for Public Participation (IAP2).  He’s one of only three people designated as a Master Certified Public Participation Professional (MCP3).

John is the former Director of Issues and Crisis Management for Motorola Corporation and past Communications Director of the Arizona Department of Environmental Quality. He has also been an advertising/public relations agency owner and creative director, broadcaster, journalist, manager, and consultant in the video, film, radio, and television industries. John’s lectured at Arizona State University, the Universities of Texas, Arizona and Denver, the Queensland University of Technology in Brisbane and he’s a Professor of Practice at Indiana University’s School of Public and Environmental Affairs.