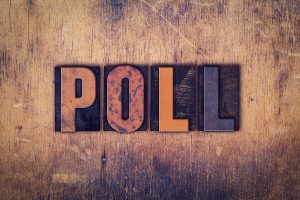 Lots of things changed on November 8, not the least of which was our time-honored tradition of conducting and relying on public opinion polls as reasonable predictors of outcomes. It was fascinating on election night to watch as it slowly dawned on the media that their entire paradigm had shifted; everything they had taken as truth was now falling apart. There was shock, there was awe. And then there was an answer: the people had voted and public opinion was finally revealed.

Us public participation geeks tend to categorize folks into levels of interest, and as a result, participation in civic decisions. Practitioners over the years (Larry Aggins, Jim Creighton, Jerry Delli Priscoli) have come up with catchy nomenclature for how groups of people relate to any given proposal. If we picture a drawing of concentric circles, with the invested decision maker in the middle, the outer circles are inhabited by the ‘observers’ and the ‘unsurprised apathetics’ – those who are aware that a decision is to be made but choose not become actively involved in it.

My point here is that if one doesn’t offer an honest opinion, that opinion can’t be “measured”; it can only be assumed (most likely, incorrectly, as indicated by November 8). So, I submit that the whole concept of measuring public opinion is perhaps misguided, and definitely flawed. We can never access, interact with, and evaluate what the entire public thinks.

Crystallizing public opinion is difficult. Even voting – the ultimate American empowerment model – is flawed in that not everyone votes. Typically, those closer to the center of the circle, those spurred by some strong self-interest, make the effort.

But still, there are many ways we can assess public opinion – let’s not call it measuring. All of these are valid to the extent that they’re – well – valid. The important thing is to recognize that each has its limitations, and the results will only reflect the opinions of those who participate.

If there’s one critical watchword for good public participation that supports the “right” decision, it’s Inclusivity. By designing your processes to capture as wide a range of “publics” as possible, you’ll move closer to reflecting and crystallizing public opinion. But, at its best, it’s an art not a science.

We now have two powerful examples of the shock and awe that can result from assuming we know what public opinion is: Brexit and the new American regime. I understand that the British people are now having regrettable second thoughts about their decision. We might define a new category from this – the ‘surprised apathetics’. The lesson to be learned is this: Get out there and express your opinion; don’t rely on somebody else to do it for you!