Community Development is at a Crossroad 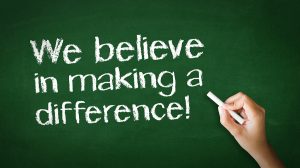 Community development is in trouble. By that I mean people who work for government and who help develop communities are in trouble. Not every public sector agency or employee, of course, but these are difficult days for those who believe that the pursuit of facts, truth, reason, building communities, and public service are honorable things.

Harvard Business Professor Rosabeth Moss Kanter said, in part, “Contempt for government undermines its ability to protect all citizens. Good government should be based on facts. (…) Unless we believe that public service is an honorable calling, we will never motivate talented people to join or achieve high performance.” And it’s becoming increasingly difficult to motivate talented people to join government.

Demonizing a nameless, faceless government has been sport for years. But the recent campaign and election has made it much more vindictive and personal. Bad behavior directed at public servants is now the accepted norm. Most of the talented, professional people in public service that I know realize that sometimes it comes with the job and, in spite of it, they continue to do the work of the people and for the people as professionally as they can. But, ultimately, talented people will go where their talents are best used and appreciated. And that will leave the rest of us with, as the philosopher Joseph de Maistre suggested, a government that we deserve.

I get to associate with bright young people just starting their careers who are now questioning the value – and even the safety – of public service and what kind of future they’re facing. We need to be concerned by this and address it through our community development efforts. Somehow we’ve forgotten that government in a representative democracy is made up of us. Successful democratic societies and communities of people make collective decisions and govern themselves. That’s how communities develop.