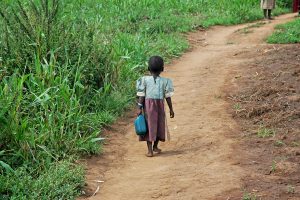 As the principal government agency responsible for enforcing federal law around our environmental health – clean air, water and waste – the U.S. Environmental Protection Agency (EPA) has protected and prolonged the lives of people in the United States since late 1970 – and, because of the EPA’s work with global partners, for people around the world. Those protections are about to be reduced.

As of this writing, the White House is working on a plan that will slash $2 billion and 3,000 jobs at the EPA. For example, one program to reduce algae blooms and pollution in the Great Lakes will be cut from $300 million to $10 million. Another cut includes $500 million or so from the National Oceanic and Atmospheric Administration (NOAA) program that monitors weather and the effects of climate change. Still another plan rolls back rules that would reduce tailpipe emissions by about one-third.

The challenge for environmental health professionals is optics – meaning how things are perceived. In the late ’60s when Cleveland’s Cuyahoga River burned, when you couldn’t see across the street during rush hour in L.A., and when drums of methyl-ethyl-death were being excavated under homes at Love Canal, it wasn’t hard for people to see and understand those obvious environmental problems. Many of those glaring problems have been fixed. But now, convincing people that global warming or drought are real problems while they’re shivering or watching overburdened dam failures are tough optics – perceptions – to overcome.

The World Health Organization (WHO) just reported that a quarter of all global deaths of children under five are due to unhealthy or polluted environments like dirty water, air, second hand smoke or poor hygiene – about 1.7 million kids a year.

But then we don’t really see those kids, do we.