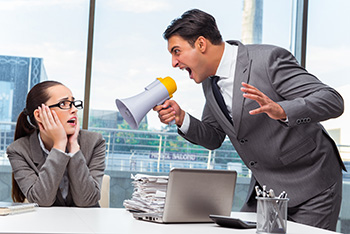 I was looking at an old op-ed by Steven Corman from ASU, and co-author of “Weapons of Mass Persuasion,” that was directed specifically at U.S. public diplomacy, but spoke volumes about the work that we do in conflict resolution and mediation.

Corman said that some experts think the solution to U.S. global diplomacy and a damaged U.S. reputation is to more aggressively market and advertise Brand America. He argues that this kind of marketing is seen as another example of American arrogance that makes us look even more clueless. He thinks we need humility with a frank critique of past foreign policy, and acknowledging the changes that we need to make, and communication that needs to occur. It’s probably an accurate approach, but it’s tough for a lot of Americans — like Trump supporters — to swallow.

The situation in Flint is further proof that federal, regional, and local governments have credibility problems similar to those of the U.S. in the past.

In general, government officials are most familiar and comfortable with electioneering, lobbyists and TV time, and domestic government attempts to market its citizens are usually seen as “PR” gimmicks and given little, if any, credibility.

The Solution to Conflict Resolution

Humility, authenticity, transparency, and respect for the customer builds government (and business) credibility. There’s just no effective substitute. This is going to require some consensus decision making. You and I tend to trust and like other people (including government people) that treat us well and with respect.  It’s a foundation of effective communication and conflict resolution at any level.