The Painful Truth About the Wisdom of Crowds (yeah, right) 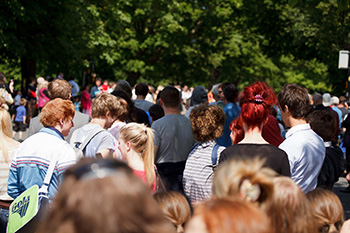 It’s been a decade since I read James Surowiecki’s book (The Wisdom of Crowds) about how our collective smarts shapes good decisions through consensus. In theory, I’m a big believer. And then along came the consensus decision that Donald Trump is the best Republican candidate available.

The Wisdom of Crowds: Judge Judy?

In a report last year, the American Council of Trustees and Alumni pointed out that 10% of college graduates think Judge Judy is on the Supreme Court. In 2014, a University of Chicago study found that 20% of Americans think vaccines cause autism, many people still think cell phones cause cancer, and 37 % think the FDA is withholding natural cancer cures because of drug company pressure.

I’m pretty confident about Judge Judy’s current job, and the fact is that the objective science and evidence doesn’t really support the consensus of 20% to 37% of “the crowd”. So we shouldn’t be too surprised about the consensus for the Republican nominee.

Trusting The Wisdom of Crowds

Consensus wisdom requires an informed crowd. Informed and engaged communities of people still make good decisions. Solving the dilemma starts with trust. Some level of trust is required to get people to engage and become informed in the first place, which increases their trust, makes them even more informed, and keeps them fully engaged. That’s when you can trust the wisdom of the crowd.