Public Involvement? How About Some More Association? 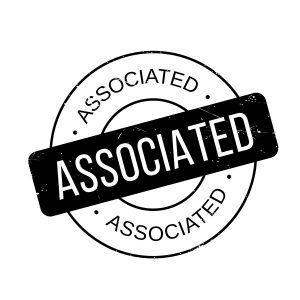 association |əˌsōsēˈāSH(ə)nəˌsōSHēˈāSH(ə)n| noun: “a connection or cooperative link between people or organizations”

In the December 29 issue of the Washington Post, Fareed Zakaria writes an interesting column on the trajectory of democracy in the United States.

In it, he discusses the concept of “illiberal democracy” where elections and populism are in place, but the rule of law, respect for minorities, freedom of the press and other such traditions are being ignored or abused. He suggests that after seeing this pattern in less developed countries over the past several decades, it is also becoming more apparent in the U.S. He asserts:

“The Founding Fathers were skeptical of democracy and conceived of America as a republic to mitigate some of the dangers of illiberal democracy. [This speaks to the definition of public involvement.] The Bill of Rights, the Supreme Court, state governments and the Senate are all bulwarks against majoritarianism. But the United States also developed a democratic culture, formed in large part by a series of informal buffers that worked in similar ways. Alexis de Tocqueville called them ‘associations’ — meaning nongovernmental groups such as choir societies, rotary clubs and professional groups — and argued that they acted to ‘weaken the moral empire of the majority.’ Alexander Hamilton felt that ministers, lawyers and other professionals would be the ‘impartial arbiters’ of American democracy, ensuring that rather than narrow, special interests, the society and its government would focus on the national interest.”

I will leave it to you to think about the finer points of Zakaria’s arguments and what defines public involvement, but let’s reflect on the power of associations—that is the organizations and institutions where we engage with others in meaningful social activities that are other than overtly political. When we work together to identify and address important issues and not just seek to satisfy our narrow individual interests, we tap into the heart and wisdom of our pluralistic society. Zakaria argues that we have seen a steep decline in many of the institutions where these associations and interactions used to take place. Think about your own life and community: have you also seen this decline?

In the practice of public involvement, we know that bringing people together is the only way to truly find solutions that work for the whole; not just the most vocal or most powerful. Creating associations, either formal or informal, allow us to tap into three key foundations of participation that are essential to finding common ground and common solutions to our problems.

As a busy practitioner of public involvement, I am constantly managing these processes and heartened by the success that they achieve. However, I rarely join in these processes myself, blaming my crazy travel schedule and lack of time. No longer.

We can’t sit on the sidelines and complain about what we have lost. It is trite but true that we all need to be part of the change we want to see in the world. In the past month, I have joined the board of an amazing international conservation association (check it out and provide your support if you are so moved: http://www.amazonconservation.org), as well as become treasurer of my own homeowner’s association. Small steps to be sure, but necessary. Millions of us, each taking small steps, is what makes true democracy work.