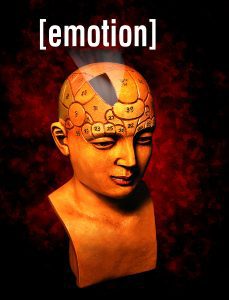 It was that first night, after a few hundred public meeting attendees started hollering at me about the things they were scared of or mad about, that I became very seriously interested in risk communication. I was barely aware of the term prior to then and only a select few academics were researching, writing about, or dabbling in the subject.

Risk communication is an odd balancing act of helping people pay more attention to dangerous things that they don’t know or don’t care about, and then in the next breath helping them calm down about relatively safe things that they’re terrified of or angry about. It’s a good profession for people with short attention spans.

People can make really bad decisions when choices are ruled by the emotional parts of the brain from around the amygdala and other parts of the limbic system. Notwithstanding the fact that, in spite of what we’d like to think, most decisions are driven largely by how we feel rather than the largely left side, cerebral cortex, rational half. That’s why you’ll probably pick the fries over the side salad with your bacon cheeseburger at lunch today. When people are mad, scared, and especially agitated, their decisions are based even less on logic and reason than on emotion.

Risk assessment is the necessary and highly respectable endeavor practiced by professionals to set standards and rules to protect people from killing themselves by keeping methyl-ethyl-death out of their tap water. Risk assessment puts seat belts in Fords and makes it a little more difficult for older people with arthritic hands to open their aspirin bottles, but then also keeps their grandkids from eating full bottles of baby aspirin. It’s decision making typically based on a combination of reason, science, public policy and the greater good. (Remember that quaint old notion?) Science and reason makes those decisions less risky, but the costs and benefits are always a gamble.

Communicating risk is critical to the science. That’s the hard part of helping people understand and make better decisions about what to be bothered (or not) about and that’s not an easy task. If you wear a bike helmet, invest in the stock market, jaywalk, get an annual flu shot – or not – you make decisions about or ignore risks based on what you feel is safe and smart and right for you. And until we learn to deal with the emotional part of people, we’ll never get to reasoned decisions.

We have to work with the feel before we can work on the think.