The Need for a Strategic Communications Plan: Truth or Consequences

A Strategic Communications Plan Would Have Avoided Conflict

A lack of communication by the U.S. Bureau of Land Management (BLM) appears to have been a key factor in U.S. District Judge Gloria Navarro’s decision to dismiss charges filed by the federal government against Cliven Bundy earlier this year. A clearly written and followed strategic communications plan could have avoided this scenario. 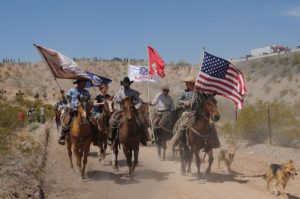 Bundy is the Nevada rancher who has refused to pay the usual fees for grazing his cows on public land for more than 20 years. After ignoring Court orders to do so in 1998, 1999 and 2013, it all came to head in 2014 when Bundy and Ryan Payne, another defendant and opposition leader, led an armed confrontation against BLM, National Park Service, and FBI law enforcement officers forcing them to stand down.

The case against Bundy seemed to be the feds to lose, as described in a story recently written by Tay Wiles in High Country News (Celebrity Scofflaw – How the feds helped make Cliven Bundy a hero).

The story suggests that the roundup was doomed in a lot of ways for BLM regardless of how the agency might have responded. But Judge Navarro dismissed the case saying, “The court finds that the government’s conduct in this case was indeed outrageous, amounting to a due process violation”, and the case was dismissed with prejudice, meaning it can’t be retried nor will it decide if Bundy actually broke the law. 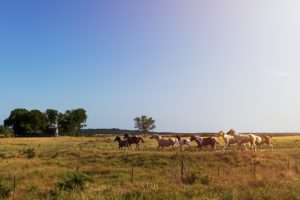 The court decided that the feds law enforcement approach was heavy handed and they withheld evidence in the case.  But it was also revealed that an internal assessment had apparently recommended that the BLM and Park Service develop a communication plan to “educate the public and get ahold of negative publicity.”  But BLM never implemented that plan, so the judge suggested that even though Bundy’s supporters fed him misinformation, “No alternative information was available for him to discover the truth directly from government.”

It’s not hard to understand how people who only watched the standoff unfold on television to conclude that the government jackbooted thugs were forced to abandon their heavy handed attempt to infringe on the sovereign rights of a poor, rural rancher.

Government’s unwillingness to skillfully tell the full story to the public, and to communicate directly with Bundy and his followers, ultimately doomed the feds to lose in a Nevada court of law as well as in the court of public opinion.