Melania Trump went to the border to look at the kids several days ago and wore a jacket with the above word graphic on the back. The rest of us are left to wonder; was it supposed to be a statement of solidarity, a protest, another distraction, a nothing-burger – maybe some day we’ll find out what the hell that was really all about. 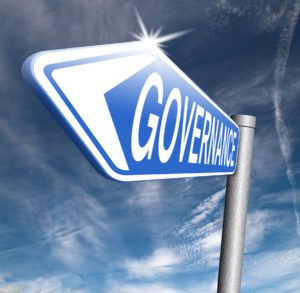 It reminded me of a campfire conversation from several years ago. I used to hang out on occasion and was friends with a handful of journalists. Once-in-awhile lunches, a few hardcore backpacking trips and an annual, summertime boys-only mass backwoods car-camping trip. These guys were the real deal, with not just a few Pulitzer and Peabody winners in the group. I was working as a government communication and public affairs guy at the time, so I was the only “civilian” included – a high honor indeed. In fact, as the agency spokes-dude I was a source, and we had an unspoken agreement that when we headed off to the woods and the first beer was cracked, everything was off record.

This was an eclectic, whip-smart group that brought any opinion from every extreme and moderate side of the aisle that you can imagine to the party. I really enjoyed and looked forward to those weekends and the conversations that ranged from the typical guy-profane to truly profound.

To Care or Not to Care

Melania’s recent wardrobe statement reminded me of one occasion when one of these guys made the point that he considered himself a good reporter because he “didn’t care about anything”. That was immediately followed by one of the others in the group huffing and saying he was a better reporter because HE “cared about everything”. That lit a roundtable fire that lasted way into the night and through steaks and several six-packs.

I don’t think a winner was ever really decided in that one – or I don’t, ahem, remember, but I think back on that robust chat now in this time of labeling any news story, organization or reporter you don’t like as fake. My agency, for a variety of reasons, was in the news a lot. And not every story painted my organization in the best light so at the end of the day I wasn’t always happy with the result. But I can’t remember many times when we weren’t treated fairly and honestly.