Voting vs. a Consensus Decision-Making Process 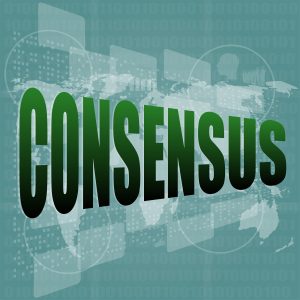 The mainstream news media, and politics in general, has had a love affair with the word mandate for the past several presidential news cycles and that should make all of us a little crazy.

Elections are decided by vote, still probably the cleanest and most efficient system that we’ve come up with for empowering people to make big decisions like picking presidents. But voting comes with consequence, especially in 2016, and as we know, post-traumatic election disorder (PTED) is a major issue that we now face in the United States.

By definition, an election mandate means granting the winner the authority to act and do what they choose, but I would suggest that trying to wield power over nearly half of the people who happen to be momentary losers is sort of a lousy way to run a democracy. We have experience with unscrupulous elected officials pandering to their base. When the National Environmental Policy Act (NEPA) – perhaps the most effective decision-making law ever – was crafted requiring public engagement, it was (in part) an attempt at preventing those in power at the moment from just ignoring those without power at that moment.

The only real solution to America’s PTED is to actively work at bringing everybody into decisions – yes, even those other people – and work at making decisions by consensus. A consensus decision-making process is hard, messy, time-consuming, and … effective. In the work that we do, it’s almost always our default goal and it’s almost always the best, most effective way of facilitating good decisions that solve problems, last longest, and enjoy the greatest measure of support. There’s no denying that voting is quicker and sometimes it may be the only way to reach a conclusion. And it’s swell for the winners – at least until the losers find a way to replace the winners. But, as we’ve seen for the last eight years, trying to lead with nearly half of your supposed followers actively opposing your every move isn’t the most efficient consensus decision-making process.

Want to know how to get to powerful decisions? Download TPC’s free Skill Sheet here:

We use Skill Sheets like this one in our training sessions. If you’d like to know more, please check them out now.

Voting, with the resulting winners and losers, is the best system that we have for deciding elections, but a consensus decision-making process is a far better solution to our collective PTED. As one candidate famously put it, ‘What have ya got to lose?’