The subject of Power is so vast that it’s hard to tackle from any angle. Power is the warp and weft in the tapestry of human history. Power grabs, power imbalances, abuses of power, struggles against power. The subject is just as ubiquitous today as it was during the American Revolution. We see it in the current political landscape, in women fighting back on disrespect and worse, in students rising against the power of the gun and those who embrace it.

The one thing we know about Power, for sure, is that those who have it don’t want to give it up. And yet, as our partner Godec wrote in a recent article on power and corruption as a public policy issue, “fundamental democracy and public participation are based on the ideals of government sharing power and control with the people, and the moderation of the power of that government.” How’s that for a dichotomy?

Power to the People: It Has to be Created

Waaay back in the last millennium, I wrote my thesis on Structural Constraints on Citizen Participation in Planning. In it, I posited that the constraint was a system that gave all the power to decision makers and little to the people who need to live by those decisions. The solution, according to my youthful hopefulness, was a cadre of neutral folks who could act as go-betweens or ombudsmen. Folks helping The People speak to Power. I still believe this to be true. Et voilà! We now have a field of practice devoted to this mission where we call these folks facilitators, and we have the International Association for Public Participation (IAP2).

And yet – again – I just had a most illuminating dinner conversation with a dear friend and executive in IAP2 who described the organization as “top-down”, working for decision makers. NO NO NO! That is NOT what we do! Sure, decision makers pay us most of the time, for reasons pure or not so pure. But our true function is to remain in a place of neutrality, not advocating for one side or the other but creating a safe conduit for Power and The People to talk to each other.

Our goals are twofold:

What Is the Facilitator Role in the Balance of Power?

To accomplish these goals, facilitator’s role needs to be: 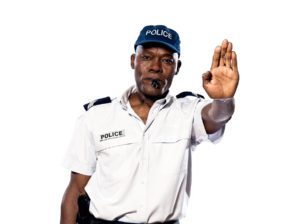 Public participation is defined as the ability of people to have a say in decisions that affect their lives. It is a two-way street, and facilitators are like traffic cops, helping folks to get where they need to go. We’ve seen throughout history what refusal to share power can lead to, and it’s never pretty, for kings or peasants. Our business is bringing people together to find an acceptable balance, for only through building relationships can sustainable progress be made.