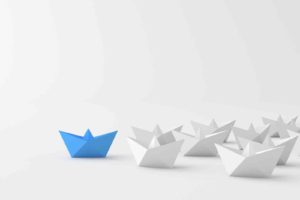 I really do try to steer clear of the pure politics of public policy issues but it’s impossible to ignore the Valentine’s Day massacre at Marjory Stoneman Douglas High School, the gutsy response of the #NeverAgain surviving students and now the blowback of people demonizing those courageous,articulate kids online and in traditional media. And I’ll admit here that I generally carry admiration for people, like these kids, who are willing to question authority.

It’s a Matter of Power

This issue has become a study of power in a petri dish — the killing power that weapons designed for war can provide and the obvious rush of power that it gives the user – or in some cases, the perpetrator. We see the power and control that the National Rifle Association (NRA), Gun Owners of America (GOA), National Association for Gun rights (NAGR) as well as non-affiliated hunters and gun owners fear losing. We’re starting to understand the power of anonymous internet trolls to bend the public narrative and plant doubt and anger in both reasonable and unreasonable people. And we’re witnessing the refusal or inability of elected officials to use their influence to address these damn tough issues for fear of losing power.

Abraham Lincoln said, “Nearly all men can stand adversity, but if you want to test a man’s character, give him power.” Public engagement and public policy issues are both grounded in power and control. Fundamental democracy and public participation are based on the ideals of government sharing power and control with the people, and the moderation of the power of that government. But it’s rare to find anyone who assumes a position of control who’s actually willing to give that power and influence away — why would they.

Lord Acton is famously quoted for saying, in part, “Power tends to corrupt and absolute power corrupts absolutely.” That small part of the full quote is actually a bit misleading unless you Google his complete letter about the subject to Bishop Creighton in 1887.

Power itself isn’t the real problem — power, control and influence in the right hands can make great decisions, create great societies and can take us to the stars.

It isn’t power itself that corrupts, but as Lincoln made clear, power attracts the corruptible.